READY TO HIT THE MATS!

Muay Thai – The Genesis of Kickboxing

Muay Thai – The Genesis of Kickboxing

Many people are familiar with kickboxing, thanks to popular films like Ring of Fire, but not many have heard of muay thai, from which many of the rules and moves of kickboxing originated. Muay thai (pronounced mooay tie) is the national sport of Thailand, and is widely known throughout Southeast Asia. Muay thai was one of the first of the Southeast Asian martial arts to be exported to the West, and many of the earliest well-known martial artists based their own fighting techniques on muay thai. Bruce Lee, for instance, analyzed muay thai moves in the early 1960s. In Cambodia it is known as pradal seray, in Malaysia it is called tomoi and in Myanmar it is called lethwei. No matter where it is practiced, though, it’s essentially the same sport  a martial art that uses the hands, feet, elbows and knees as points of contact and weapons.

Muay thai has been practiced in Thailand and other south-eastern countries for centuries. It gradually evolved from bouts between different units in the army to timed bouts with rules taking place in arenas around the country. It originated in the battlefield techniques of the Siamese army who found themselves fighting in the rough, close terrain of Thailand and Burma. They developed a style of fighting that used combinations of fast, furious punches, kicks, elbow and knee strikes to make the best use of every part of the body. In the late 1500s, King Naresuan the Great officially made muay thai training part of all military training.  Muay thai is intertwined with the history of Thailand in many ways. One of the most popular tales is that of Nai Khanom Tom and the ten Burmese warriors. In 1767, the Thai capital fell to Burmese warriors.

The Burmese king was curious to see how the field techniques of his own soldiers measured up to those of the muay thai boxers. Nai Khanom Tom was chosen to go head to head with a Burmese solder, whom he easily defeated. The king was so impressed with this technique that he made an offer to the warrior. If he could defeat ten Burmese warriors one after another, Nai Khanom Tom would have his freedom and two wives. The Thai warrior was victorious, and returned home a hero.  Muay thai is a national pastime the most passionately followed spectator sport in Thailand and much of Southeast Asia. Its popularity has spread throughout the world, and in 1995, the World Muay Thai Council was established by cabinet resolution to promote the ideals, techniques and all other elements of muay thai.  Muay Thai Matches, Rules and Equipment  Muay thai is fought in five three-minute rounds separated by two minute breaks. The fight is presided over by a referee, and scoring is determined by three judges who are trained observers. Each of the judges awards points to fighters based on their performance, and the fighter with the most points is awarded the round. At the end of the fight, the fighter with the most rounds is declared the winner of the fight.  There’s more to a Muay Thai match than the fighting, though.

Each fight is accompanied by a band playing next to the boxers ring.

The band consists of horn, drums and cymbals, and begins playing with the opening dance. As the action in the fight quickens, the tempo of the music accelerates to keep up, bringing the audiences collective pulses along for the ride.  An important part of each match is the preliminary dance of thanks and respect offered by each opponent, called the wai khru. The styles of those dances are very individual and often serve to announce which school and instructor taught the fighter his technique.  In the early years, the only protection worn by a muay thai fighter was makeshift gloves string wrapped around the knuckles and fist. Today all boxers are required to wear full safety equipment when competing to lessen the chance of injuries. Muay thai matches are held all over the world, and there is a formal ranking system to recognize the best and most accomplished muay thai fighters in the world.

Book your first class online and come see what this community of Muay Thai practitioners is all about. 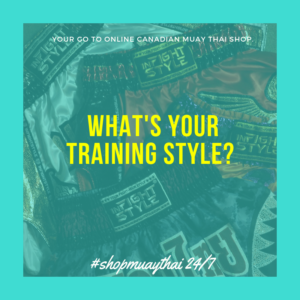